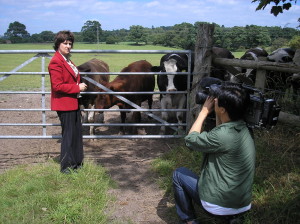 When country Vet David Bee visited a sick cow just before Christmas 1984 he knew he had found something new and worrying. The animal was highly distressed and had to be put down. Its tissues were sent for diagnosis to the local VI centre in Itchen Abbas.

When another cow from the same farm became seriously ill in the Spring of 1985, David Bee was even more alarmed. He recorded his findings and immediately sent samples to the Government Central Veterinary Laboratory (CVL) in Weybridge for diagnosis. Soon, eight other cows in the same herd were displaying similar symptoms.

Bee made numerous phone calls to the lab, but it wasn’t until September 1985 that a Pathologist at Governments Central Veterinary Laboratory Carol Richardson was asked to study the brain of an adult cow from Pitsham Farm, West Sussex. It was taken from the same pitifully-thin cow which Bee had seen arching its back and waving its head during his first visit. Richardson’s diagnosis was Bovine Spongiform Encephalopathy (BSE). She asked colleagues Dr Martin Jeffrey and her boss Gerald Wells to check her work and they both agreed with her findings.

The head of the Government’s CVL was Ray Bradley. He recognised that a new and potentially-fatal disease had been discovered, and sent a memo to CVL Director Dr William Watson and the lab’s Director of Research, Dr Brian Shreeve. This is what it said:

“If the disease turned out to be bovine scrapie it would have severe repercussions to the export trade and possibly also for humans, if for example it was discovered that humans with spongiform encephalopathies had close association with cattle. It is for these reasons that I have classified this document confidential. At present I would recommend playing it low key”. (memo in full documents page)

Bradley, Watson and Shreeve continued to discuss their plan of passivity at official and executive levels, seeking advice and guidance from several sources.

While the disease was being discussed in secret, my son Andrew was celebrating his second birthday.

I wrote in his baby book: “I was given a three-wheeled bicycle from Nanny and Granddad, ate lots of birthday cake and went to bed holding the new teddy mummy bought me”. What happened to my son was an avoidable tragedy as his death-warrant had already been signed.

Ray Bradley was promoted to BSE Coordinator for The Ministry Of Agriculture Fisheries and Food (MAFF) and became a Consultant in BSE. Since his retirement he became a member of SEAC (Spongiform Encephalopathy Advisory Committee) whose role is to provide independent scientific advise on food safety, public and animal health issues in relation to BSE and TSEs. (see vaccines) 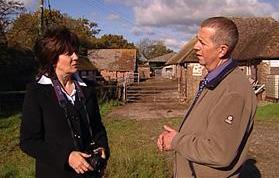 Dr William Watson became a member of SEAC in May 1990 the expert scientific independent advisory committee on BSE, vCJD advising on public health and  food safety.
Check out Christine’s  blog 21st December 2012 and her current blogs 2018.