In June 1992 the Chief Medical Officer Dr Kenneth Calman told the British Public “There is no evidence of a causal link between BSE in  cattle and CJD in humans.” He repeated similar statements throughout his term of office which included 1995, the same year that The Lancet identified 19-year-old Stephen Churchill as one of the first vCJD victims , someone who had died through eating infected beef.

During his questioning by the BSE inquiry in 1998, Dr Calman did not take personal responsibility. Instead, he accused Ministers in MAFF of “downplaying” the threat to human health. Calman had known since October 1995 that carcasses with spinal cords were entering the food chain, but he didn’t advise MAFF to stop publishing “reassuring messages” until just days before the link between BSE and vCJD was announced.

Calman’s attitude towards BSE may have appeared casual, but his words were studied and deliberate. He cannot excuse his actions and inactions by saying he was uniformed. When the Inquiry asked Calman what the word “safe” meant, Calman replied: “In ordinary usage ‘safe’ does not necessarily mean ‘no risk’..” and he added that this was certainly not what the word meant to him. 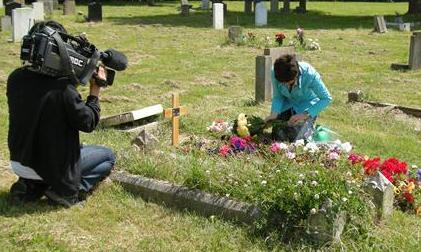 The Oxford English Dictionary’s definition of ‘safe’ is: “Not involving risk, protected, out of danger”. That was my understanding of the word when Dr Calman said beef was safe, and his message put my son in terrible danger. It’s why I allowed Andy to have school meals and vaccines, but they were not safe. Andy was exposed to BSE-infected material which would kill him in 2007.

In March 2008 Professor Collinge told me that to be a scientist during the BSE scandal meant working in an extremely-intimidating environment. He said: “We knew prions could cross the species barrier. It was clear that it was a significant risk and that was underplayed for fear of damaging the beef industry .“

Professor Collinge added: “Absence of evidence is not evidence of absence. Some people were making statements that couldn’t be supported by science, there were misleading statements about risks. I remember Ministers saying there’s no conceivable risk. I think many scientist thought that was ridiculous.”

So how much damage has been done? When I asked Professor Collinge he said: “This (deaths from vCJD) may be the first wave of genetically-susceptible people. Others in the population may well have longer incubation periods. One in every thousand of the UK population could be carrying vCJD.” (from an anonymous retrieval in the UK of 12,000 tonsils and appendix it was found 3 people were carrying vCJD, when multiplied one in a thousand carriers may be a very cautious figure.)

Kenneth Calman continued to say that “beef is safe for human consumption” as it continued its journey to our infants and school children’s tables. He deprived me of the opportunity to make an informed choice about what my Andy should eat or ingest.

During the BSE scandal many respected Scientists like Professor Collinge were put under pressure. As Professor Collinge put it: “If I appeared on radio or TV warning about the implications to human health, I usually got a call in the morning and was left in no doubt that I wasn’t making myself popular. I will probably get a call from Whitehall or the security forces after I have spoken to you.”

Kenneth Calman, and all the other people I have profiled on Andy’s Website, were in positions of power while a lethal pathogen was pouring into our food chain.

Yet, without exception, they have maintained their careers. Many have been honoured. All of them are financially -sound.
The families of vCJD victims have been broken not just emotionally. They have lost jobs, careers, homes and livelihoods .
None of us will spend another day on this earth without the shadow of losing a loved one in the most terrible way, to vCJD, an avoidable, British, man-made manufactured disease, with toxic and lethal food products endorsed by the Government, ministers and officials. 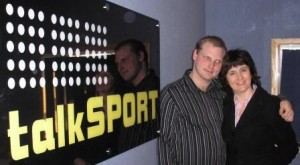 In 1998 Andy was fifteen and was busy preparing for his GCSEs, he spent every spare moment in London working with the guys at TalkRadio (later talkSPORT) in Oxford Street, my only son was growing into a handsome confident young man.