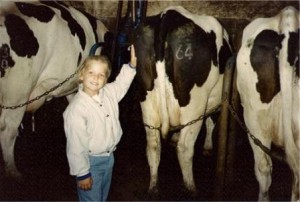 In 1978 it was estimated that over 38 per cent of cattle in Great Britain were infected with Warble Fly. The Phillips Inquiry on Livestock Farming stated “The larvae of warble fly live within the body of the cow. Their presence may cause distress to the animal and have severe economic consequences” The inquiry continued “Furthermore milk yield can be reduced as much as 25 per cent”.

It wasn’t just milk profits that were affected by the warble fly, hide for leather could be rendered useless. The warble fly had considerable economic consequences for the dairy and leather industry. These became the main considerations when MAFF once again put profit above health endorsing when making mandatory what was known as the warble fly eradication campaign. Under the Warble Fly (England and Wales) Order 1978 S1 1197, it meant the compulsory treatment of affected animals in spring with voluntary treatment of susceptible cattle in the autumn.

In 1982 measures were enforced with the backing of the Meat and Livestock Commission and the Hide and Allied Trade Improvement Society (both had huge financial interests in the eradication campaign). The treatment of cattle with warble fly consisted of a “Uniquely concentrated dose (20mg/kg body weight) of a highly toxic organophosphate (OP) called Phosmet” Mark Purdey (Animal Farm 2006). This was applied rigorously to cattle throughout the country. Nowhere else in the world was this concentrated amount of organophosphate applied to cattle; once again profit was paramount.

Speaking to a farmer who looked after dairy cattle in the 1980s through to the 1990s, he told me “You just went out and bought it, it was like buying a carton of milk from tescos, there were no guidelines, apart from what was on the container. You could buy as much as you like and use as much as you like really, there were no restrictions as such.” he added “It was evil stuff I have seen livestock totally collapse after having it rubbed on….but it did get rid of the infestation and milk yields went up” (May 2008)

David Bee the vet who diagnosed the first case of BSE in Midhurst, West Sussex in 1984 told me “It was so toxic that if applied indoors you could be overcome with the fumes alone. I use to get terrible headaches, it was evil stuff ” The chemical was poured over the cows back and rubbed in the length of its spine to the base of its skull.

I have spoken to farmers who have suffered severe health problems due to exposure to organophosphates, also “There have been cases where farmers wives have miscarried after coming in contact with OPs.” Mark Purdey, Animal Pharm (2006).

Phosmet has similar compounds to nerve gas, in their Pesticide Information Profiles, Cornell University and the Institute for Environmental Toxicology Michigan State University, USA found “Organ toxicity: the primary target organ for Phosmet is the nervous system.” This concentrated use of Phosmet enforced by MAFF allowed one of many lethal chemicals access to the cattle’s nervous system through the skin. Warble fly infestation makes holes in cows backs which would facilitate Phosmet and other OPs passage to the spinal cord.

“MAFF were compelling phosmet treatment in the warble infested areas as well as urging annual prophylactic treatment of all herds in the UK (whether residing in infested or non infested areas) up until 1995”. Mark Purdey Organic Farmer.

MRM , mechanically recovered meat (spinal cord, head meat) which contained the most infectious BSE material and ended up in school and institutional meals was sourced from the same area where the cow was treated with Phosmet and insecticides.

The times specified by MAFF to apply Phosmet was during the spring or autumn when cows were pregnant. At the earliest stages of pregnancy cows embryos were bombarded with poisonous organophosphates. Bovine material from calves foetuses were used in the manufacture of immunisations (see vaccines) .

The injections and oral vaccines that I believed would protect and keep my Andy safe could have been the agent that killed him in 2007. 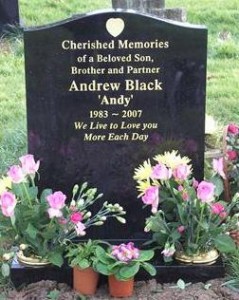 As well as Phosmet many other insecticides were used to treat UK cattle just before and during BSE.
Organophosphate treatments for worms, lice, and other parasite controls, fly sprays, insecticide ear tags with residue from all these poisons even ending up in the cows feed. The dairy and beef industry was a money making unstoppable machine. Never before had UK cattle been given such a concentrated concoction of chemicals at such high levels, enforced and regulated by MAFF.

Talking to many independent experts Organophosphates used to treat cattle during the late 1970s and 1980s had a definite part to play in the emergence of BSE and vCJD. At the very least these toxic chemicals allowed BSE to get a grip on UK herds.

In research conducted by Dr Steve Whateley Institute of Psychiatry (work published 1998), he discovered that when Phosmet was introduced at a low dose to human nerve cells, it showed several changes associated with BSE and Vcjd at the earliest stages of spongiform disease.

Organophosphates are well documented and cited as causing lesions in neuro tissue.

VCJD develops when prions or “proteins” in the brain become infected with a rogue prion which attaches itself to normal prions.

According to experts the rogue prion enters the human body through eating or ingesting BSE infected beef products which stays dormant for many years. Once symptoms begin the rogue prion attacks the brain by continually replicating itself whilst folding down and suffocating normal cells, eventually killing so many normal prions, that the brain resembles a sponge resulting in total brain damage.

This horrific process and truly terrifying illness is how my beautiful boy Andrew died…….

NB: When Dr Gurjit Chohan, Research Registrar from the Government backed Edinburgh Surveillance Unit (who look for lifestyle links/connections between victims) came to visit Andrew. She asked me several questions from the leaflet known as the “risk factor” questionnaire, which said “Did Andrew ever participate in treating cattle for Warble Fly?” and if yes…..Dates, places and details of the activity including the agent used.

Andrew had never worked on a farm during his lifetime.