TalkEurope Radio Christine’s live interview, with Sean Bolger on ‘Lets Talk’. Discussing the UK government refusal to validate or positively support a blood screening test for vcjd, so that all blood donors UK and globally could be tested for this lethal and on-going disease.

In 2012 the Health Protection Agency in the UK revealed that ‘ one in 2,000 of the UK population either carry or are incubation Human BSE’. (The Lancet Infectious Diseases Volume 12, Page 897)

These shocking findings were exposed after the screening of tonsils and appendix taking from patients in the UK, which found that many people were carrying and had been exposed to the human form of mad cow disease. With incubation periods upwards of 50 years in humans, we face a ticking health time-bomb.

World Experts like Professor John Collinge stated to the BBC, that incidences could be much higher with ‘Probably one in a thousand of the UK population carrying vCJD’. Many of these individuals will be life long and ongoing blood donors.

In 2014 during a inquiry into blood safety and the human form of mad cow disease the Science and Technology Committee in the House of Commons, declared that many cases of dementia in the elderly could well be CJD that is not being picked up by medics. 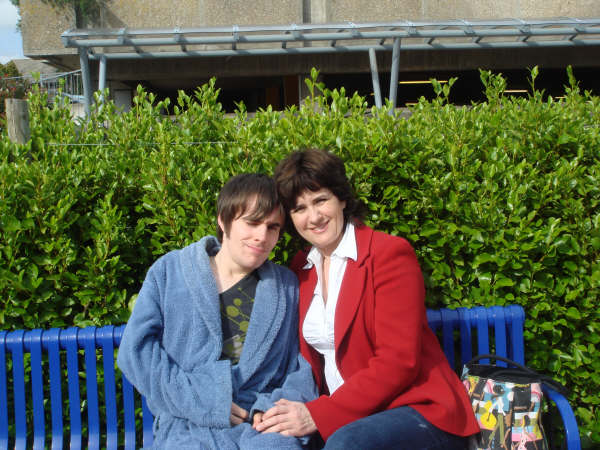 Photo of Christine and Andrew in the grounds of hospital the day she was told he had just a few months to live and was dying of the human form of mad cow disease aged just 24 years old.

In 2015 Professor John Collinge from the Prion Unit in London revealed that his latest research points at dementia cases in older people being transmissible and were similar to diseases such as vcjd.

Many experts now believe the rising cases of dementia in the UK and globally could well be CJD as all these patients would have been exposed to BSE infected material during the height of the Mad Cow epidemic.

WHAT IS A SILENT CARRIER OF VCJD?

‘Silent carriers’ are individuals who may never develop the disease but have the potential to pass vCJD onwards through blood and medical procedures. The Department of Health are aware of these ‘asymptomatic donors’ these ‘silent carriers of vCJD’ and below is just one of many research papers that have investigated this ‘significant ticking health time bomb’.

The ‘silent carrier of vCJD’ discussed in the paper below was a donor who gave blood for 20 years many of this donors recipients would not be traced or informed. Human blood products are used to make vaccines and a multitude of other medicines as well as blood transfusions. None of these recipients would be informed about possible contamination with vCJD.

This ‘Silent carrier’ and donor has been stopped from giving more blood but have they also been informed of their status? And if so is this person being supported and cared for appropriately? I understand the need for this persons identity to be kept confidential, but am also concerned that this individuals rights and needs may also not be met and they may be totally oblivious to their status and any help they could receive. I wish this individual good health and hope that they are not being manacled by secrecy and that they are being supported.

Blood donors give blood to protect and save lives and ‘silent carriers of vCJD’ only highlights the need for all blood donors to be individually screened for vCJD before anyone is allowed to donate blood.

The practice for informing recipients of blood/blood products potentially contaminated with vCJD can be haphazard and passive and left often to an individual’s local health authority. Who then with the Department of Health decide whether a person should be informed. This life changing information can be withheld with the recipient totally ignorant of their ‘at risk’ status.

This level of secrecy and lack of transparency is not about protecting individuals it’s about protecting those responsible for this scandal. Informed choice is the human right of every citizen of the UK.

CASE REPORT: A case of vCJD has been identified with a history of blood transfusion in infancy. The donors who provided the components transfused cannot be identified, but a blood donor known to have donated blood to another individual who subsequently developed vCJD could have been a donor to the index case.

RESULTS: The at-risk donor is alive 20 years after the relevant donation and continued to donate for some years, until identified as at risk, with 27 other blood components issued for use in patients, none of whom are known to have developed vCJD.

CONCLUSION: Circumstantial evidence has raised the possibility that the case in this report represents a further instance of transfusion transmission of vCJD. However, detailed investigation indicates that the pattern of events may have occurred by chance and disease in this individual may have been caused by transmission of bovine spongiform encephalopathy infection, as is the presumed cause in other primary cases of vCJD.
Silent carriers