William Rees was one of the most powerful men in MAFF and from the earliest days of the BSE scandal, he deliberately held back information which could have been damaging to the meat trade. On June 1st 1987 he sent a document to Donald Thompson, MAFF’s Parliamentary Secretary, about BSE. He said “irresponsible or ill-informed publicity is likely to be unhelpful since it might lead to hysterical demands for immediate, draconian government measures and could lead to a rejection of UK exports“.

The severity of his tone highlights how seriously he took the threat of BSE, as Chief Vet he would have known the implication to human health, but trade and confidence in the meat industry was his main and only concern. He continued “It does not seem appropriate at this stage for MAFF to issue general information. The political implications are serious, particularly if not handled – correctly.” 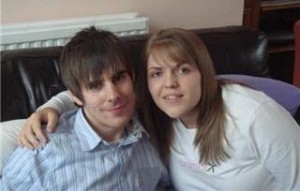 Economics, as always, was the driving force behind any Ministerial or Government decision. The farming industry needed to be protected at all costs. Forums for exchange of information and advice – such as the Government Vets magazine ‘Vision’ – were refused permission to print any article about BSE. By October 1987 farming newspapers had published articles about an “incurable disease wiping -out dairy cows.” The disease was not identifiable so there was no control over the movement of animals from infected herds and diseased carcasses were constantly entering the food chain. When I interviewed David Bee , the vet who recorded the first cow with BSE , he told me “I have never seen anything like it so thin, staggering obviously very ill. Talking to other vets I knew it wasn’t an isolated incident. It was happening all over the country . One of my colleagues had to take a gun and shoot a mother who had just calved as she was so violent and aggressive.”

William Rees knew of the terrible toll that BSE was wrecking on dairy cows lives. He had the latest information at his fingertips which he shared at all levels, yet still sought to keep important information from the public and from experts in Spongiform disease. One of the most important duties of the Chief Vet is to ensure that appropriate control or precautions are in place to protect the public’s health, but during Rees’ term BSE spread throughout the UK.

The German Social Scientist Kirsten Dressell published a paper on the secrecy and lies behind the BSE scandal. She states “Key policy decisions were at the highest level by a small group which included the Prime Minister, Chief Medical Officer and the Chief Veterinary Officer. Policy appeared to be driven by the civil servants of MAFF.”Andrew with baby sister Emma

When BSE began to hit the headlines, Whitehall’s machinery started to churn out unfounded scientific assurances, which Rees backed. By the end of his term in office 2,185 cases of BSE in cattle were confirmed in the UK (Hansard) but thousands more sub-clinical cattle, those which were infected but still symptom free, had entered the food chain.