MacGregor and his deputy John Gummer (who took over as Minister in 1989) had the full support of the Government. They were able to hand-pick the scientific advisors writing reports used to formulate and support Government Policy. These officially-sanctioned reports are the ones which people hide behind when accountability is demanded. They all made the impossible claim, that British beef was safe. Officials like to say “We were only following advice” or “We didn’t know” but the evidence was out there, and the Government chose to ignore it. 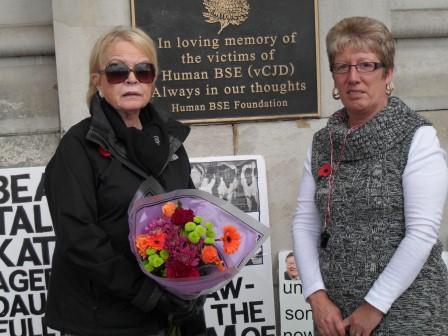 Mothers who have also lost their sons to vcjd

In October 1988 it was reported in the ‘Veterinary Record’ that BSE could be transmitted to mice following the inoculation of infected brain tissue. BSE was recognised as a ‘Zoonosis’ or a disease that can be passed from animals to humans. BSE is part of a group of diseases known as Transmissible Spongiform Encephalopathies (TSEs) which occur in many different mammalian species and are always fatal. By definition, they are generally-transmissible.

These were all basic facts that MacGregor and other senior politicians would have or should have known, so why did they assume that BSE was not transmissible? They were dealing with a dangerous disease in cattle which were being eaten by the public, so why didn’t they assume BSE was transmissible (like all other TSEs) until proven, scientifically, to be one hundred per cent safe eat? Instead, the benefit of the doubt was given to the meat trade and MacGregor’s caution over the compulsory-slaughter of sick cattle and subsequent compensation for BSE cases enabled the disease to spread. Sick cattle were sold on to traders or sent for slaughter at the first sign of ill health.

In January 2008 Professor Collinge at University College London told me: “When I first saw the figures for cattle with BSE I was astonished to see such a low number. It was only when I looked further that I discovered the huge amount of cattle that were sold onto traders.” They all ended up in the food chain, but the most diseased parts of the cow (the head, brain, spinal cord, and carcass residue) never made it to the supermarket. The most toxic parts of the cow were recovered mechanically (MRM) and used in school dinners and baby food. They were fed to our most vulnerable infants and children.
In the meantime, McGregor responded to the unfolding BSE tragedy by setting up The Southwood Committee. Whilst this was happening, toxic material entered the food chain on a daily-basis. The kind of infected products that killed Andy continued their relentless journey into medication, into baby food and into school dining halls.

phIn their research paper “Predicting incidence of vCJD from UK dietary exposure to BSE “J D Cooper and S M Bird state: “The dietary exposure to BSE show that the age distribution of vCJD patients can only arise if younger individuals have shorter incubation periods and/or are more susceptible to infection.” In other words, babies and children are most at risk, and they were being regularly exposed to toxic material in their high-chairs and in their school canteens. 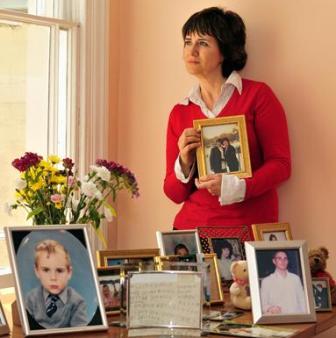 Christine with photos of Andrew

The Pet Food Manufacturers Association had several meetings with MAFF in May 1989 as the pet food industry were concerned about using Specified Bovine Offal (SBO) and its implications to the health of the nations pets. It was only when the pet food industry decided to ban the use of SBO in all its pet food that an embarrassed John McGregor as head of MAFF introduced a similar ban to protect the human food chain. The pet food industry’s ban started immediately, the ban on SBO in the human food chain took months of arguments and paper work before it was implemented. (which was lax see Meldrum)

Indeed advisors for MAFF and the Department of Health had seen the ban as “over and above” what was needed and “not strictly necessary”.
Once again animals this time pets lives took priority over people including my son Andy who in May 1989 was just six years old and was sitting down to school meals everyday, which contained gelatine, offal and MRM from BSE infected cows.

The BSE Inquiry criticised Macgregor for: “Presenting the offal ban in such a way that it covered up the fact that experts were seriously-worried about BSE infected meat entering the food chain.” The offal ban was never effective. Safety measures were lax, and in many cases ignored or flouted. MAFF and its Ministers were fully aware of this.

MacGregor became Secretary of State for Education and Science 1989-90. He became Leader of the House of Commons (1990-1992) and was made a life peer in 2001 becoming Lord MacGregor of Pulham Market. 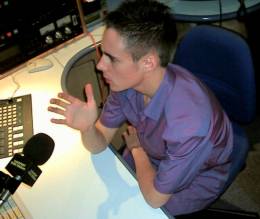 In 2001 my son Andy was devastatingly handsome, he’d enjoyed a holiday in Monaco and the South of France, and celebrated his eighteenth birthday. He was working regularly in London for talkSPORT Radio, BBC and Sky and had just presented a pilot TV show.