According to many experts mechanically recovered meat (MRM) could be the major culprit with individuals developing vCJD. This beef derivative/product and I say that with a great deal of sarcasm and distress was the most infectious material that was in the food chain during the BSE scandal, it was also the product that was fed to our most vulnerable on a consistent and regular basis.

So what is MRM?

MRM was obtained from ageing dairy cows who had been milked to almost extinction. Over farmed, used as a constant breeding machine, fed and fattened with a mixture made from the brains and spinal columns from its own species and other animals. ”The practice of feeding cows their own diseased brains and spinal columns recycled BSE and the infection into the food chain again and again.” Professor Collinge, January 2008.

These worn out cattle were then sent to slaughter. First the cuts of meat that would have the most commercial value were sent to supermarkets and food outlets. The scraps, vertebrae/spinal column, head bits including eyelids, cheeks and anything else that was left was then removed using high pressure. These bits and pieces of what one abattoir worker told me was called “the rubbish” was broken down to form a pink/white sludge or puree which ran off the carcass, sometimes bits of bone and bone meal would also be crushed within this vile mixture. This was MRM ten times cheaper than meat.

Professor Collinge told me March 2008 “MRM was the culprit. The spinal cord was used to make MRM this was highly infectious as infectious as the brain itself. Also the process of recovering meat mechanically meant huge levels of cross contamination.” 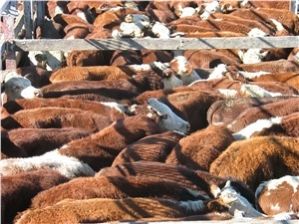 The Meat Products and Spreadable Fish Products Regulations of 1984 did not prohibit the consumption (by humans) of any part of a carcass…definition of meat included skin, rind, gristle, sinew, offal, heart, liver and also anything from the head meat.

MRM because it was so vile was never destined for supermarket shelves or food outlets as these companies knew their customers would be disgusted and it would have an adverse effect on their profits. The most toxic material was only ever destined for institutional food and went to feed our most needy and vulnerable…..school children, babies, hospital patients, the elderly. It also fed our men and women in the Armed Forces. It was used to bulk up pies, burgers, sausages, vegetarian dishes and other meat dishes such as chicken.

Unknowingly millions of babies, infants and school children from the early 1980s until the mid 1990s were fed highly infectious MRM on a consistent and sometimes daily basis.

MRM Mechanically Recovered Meat made from offal and the most dangerous parts of an infected animal  was not banned until November 1995.

However MRM can still be found in certain food products today,  excluding brains, spinal cord. However if the spinal cords/brains are not removed cleanly fluids from these materials can spread to other parts of the carcass and contaminate equipment used.

Most other parts of an animal or  bird  can be used to bulk up cheap food and products.