Margaret Thatcher’s memory and ability to store and collate knowledge was huge. This makes it all the more damning that she endorsed the safety of British beef again and again throughout BSE. Her degree in Chemistry from Oxford University meant she was also trained scientifically and would have been fully aware of the lethal pathology of TSEs Transmissible Spongiform diseases which by their very title mean TRANSMISSIBLE…

There are no excuses. Margaret Thatcher as Prime Minister lied and covered up the dangers of BSE allowing the most infectious materials to feed UK infants and children for years, and endorsing the use of infected bovine serum in childhood immunisations.

In her memoir A Swim on part in the Goldfish Bowl, published September 4th 2008 Carol Thatcher says of her mother, “She always had a memory like a website. It was a skill honed to perfection during her Chemistry degree at Oxford when scientific equations added yet another dimension to an already orderly mind”. 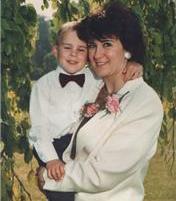 The scientific equations, post mortems from BSE diseased cattle, scientific data presented to Margaret Thatcher during her office would alert her ORDERLY MIND to the supreme and lethal danger of BSE to human health. She chose to ignore that damning evidence, create, endorse selective research and scientific data that would support the money making machine that was the meat industry during the 1980s and 1990s.

Carol Thatcher continues the description of her mother’s formidable character and memory no detail would or could escape Prime Minister Margaret Thatcher. “When she read law and qualified as a barrister her memory training was complete. By the time she entered politics she was famous not only for reading and analysing her briefs but also virtually knowing them off by heart.”

Margaret Thatcher sacked over a 1,000 agriculture scientists during her office as Prime Minister, promoted and endorsed selective research into BSE and sacked any scientists that dared speak out about the dangers of BSE to human health. She and her government consistently lied to the British Public about the safety of beef and this has resulted in the biggest scandal in British Governments history….the avoidable deaths of hundreds of innocent victims caused by vCJD.