The early years of the BSE scandal took place under Margaret Thatcher’s premiership. With a culture of ruthless cutting of public spending, business given a free reign and the “iron lady” having an iron grip on the civil service and the Cabinet. Thatcher was the Governnment. A political environment of deference and discretion where committees worked by consensus and informality.

The 1980 Education Act of Thatchers Government removed the requirement to provide school meals of ANY nutritional standard. School Meals were opened up to Compulsory Competitive Tendering (CCT) obliging the local authorities to open the service to the private sector. The cheapest and most “competitive” tender was awarded the contract.This meant that school meals were outsourced to companies that could provide the cheapest foods which included beef products containing MRM (highly infectious BSE material mechanically recovered meat). Reformed meat in burgers, pies and sausages which was “bulked” up with MRM became the staple diet of school meals across the country. Many of the companies that provided the “competitively cheap” school dinners were driven by cost cutting, profit and competition, never by concerns about childrens health or well being. 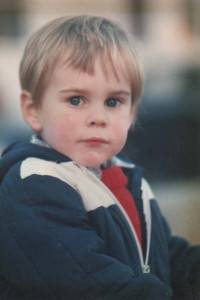 With Thatchers spending cuts the uptake of school meals dropped and set meals were switched to free choice cafeteria systems. A cook who worked in school kitchens throughout the 1980s and 1990s told me the choice was limited, perhaps one cooked meal such as beef curry, and then a staple of burgers, sausages, pizza or sausage rolls. In March 2008 Professor Bob Will Director of the CJD Surveillance unit told me “Mechanically recovered meat was used in baby food and most likely school meals and this is a major risk factor in developing vCJD.” 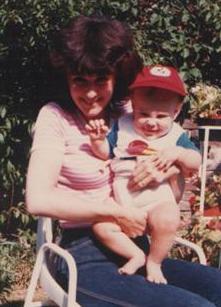 MRM was ten times cheaper than meat and it was used extensively in school meals and institutional food for this reason. Highly toxic and infectious BSE material was fed daily to our most vulnerable . MRM is a major source of BSE-infected material, and Thatcher’s Government put it on the menu in schools across the UK.

From 1980-1995 , around 5,000 tonnes of mechanically recovered beef was produced each year, around 40 per cent went into burgers and 40 per cent into mince. The remaining 20 per cent was split among other “meat products”such as sausages and meat pastes. MRM WAS NOT BANNED FROM MEAT PRODUCTION UNTIL 1995. (Food Standards Agency).

In the early days of BSE and during some of the lethal disease’s most toxic years, scientific advisors were hand-picked because they were not experts in Spongiform Encephalopathies and because they reflected Government policy. Advisory committees were fed prepared – policy which was always directed towards preserving “confidence” in the British beef industry. Economics of politics have never had a truer meaning when profit, trade and business was paramount. From 1979 to 1997 the Conservative Government presided over an era which saw severe cut backs in research. More than 1,000 agricultural scientists lost their jobs, but Thatcher’s statement to the Phillips Inquiry said “I always believed that decisions in the whole area of food safety should be based on the best scientific information available.”

Throughout the BSE scandal Ministers said that they were following the adivce of scientists who told them that beef and its products were totally safe for human consumption…but if that is true who are they? I challenge those scientists and experts to come forward, now in 2008, and explain why they stated that beef and it’s products were one hundred per cent safe for my Andy to eat and ingest. Their negligence allowed infected material to continue into the food chain…resulting in my Andy’s avoidable death at just 24. I would like to meet them to hear how they justify those deadly claims. I have interviewed experts, read official documents and memos, and studied volumes of reports which give firm evidence that BSE was a threat to humans. Even without a medical background it’s plain to see how dangerous BSE was as far back as 1985. Who in their right mind would eat a cow from a herd of highly diseased and distressed animals? Who would allow offal and thymus glands (known to have high levels of BSE) to be used to make baby food? After the offal ban (see Meldrum) infectious material was still getting into the food chain. It was constantly being fed to the most vulnerable in society.

Sir Richard Southwood in his statement to the Phillips Inquiry, said that he knew children in the late 1980s were given vaccinations which were made from material from cattle. When he helped to prepare the report in 1988 its findings said the risk of infection was “remote” even though he and the committee knew that jabs were prepared using UK cattle none of which could be declared 100 per cent safe or BSE free. They should also have known that immunisations are “much more efficient in transmitting” BSE than eating infected beef. 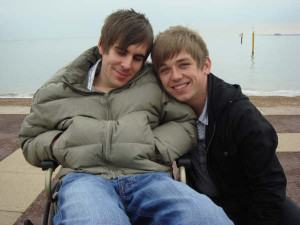 Southwood said that Mrs Thatcher’s view was that an “alarmist” report would discourage parents from vaccinating their children. That in turn would affect the profits of vaccine manufacturers such as Wellcome and Smithkline (see John Major for list of immunisations which contained bovine material).

Over 2 million UK children were immunised with vaccines that had the potential to infect them with a deadly disease. Records for children who received the vaccines produced between 1988-1989 have disappeared, although I am still trying to find them. The Department of Health knew of the potential danger but declared “the risk to human health was remote”. This manufactured, but Government-endorsed opinion, was then served constantly to an unsuspecting British Public as scientific truth and fact.

My son Andy had his polio vaccine orally, his pre-school jabs of diphtheria and tetanus, like every parent in the UK I thought I was protecting my beloved boy from harm when instead his small frame was being put at risk from a terrible and life – threatening illness .

The real gap between scientific evidence regarding the safety of eating/ingesting beef products , including immunisations, where transformed during Thatcher’s premiership into a constant confident assertion of safety. They had no proof that it was safe, but that was the assertion that they constantly made. The lie continued for well over 15 years, and was repeated by succeeding ministers, politicians and officials. Openness, candour and honesty became a secondary consideration to the profit making economics of a driven food policy that sustained the Agriculture Industry.

In Margaret Thatcher’s written statement to the BSE Inquiry she said she had “no regrets” about how she handled the situation. She went on to say “Of course in most of that area other considerations too were extremely important- for example the need to avoid overburdening business with regulation” adding almost as an afterthought ” though never at the cost of food safety.”

In 1986….Seven years into the Thatcher government….Andy was just three years old I write in his baby book “I love going to nursery and have made three new friends. I also like watching Sooty and Sweep .… when I grow up I told mummy I want to be on TV.”