Tory peer in £600,000 conflict of interest: Climate Change chief John Gummer faces calls to quit over payments from ‘green businesses’ to his family firm where daughter he famously fed a beef burger during the height of the BSE crisis is a director

Made a peer now Lord Deben, Chair of the UKs Committee on Climate change (2016)

HISTORY OF JOHN GUMMER AND BSE

Throughout the BSE crisis MAFF was able to influence what research was done, and more importantly, what research was not done, through selective funding. In 1987 the Microbiologist Dr Stephen Dealler wrote about the grave risk of beef contaminated with BSE. After his paper was published he was unable to get further funding for research. He said: “The British Government systematically suppressed and manipulated scientific research for almost fifteen years to keep the truth about BSE from the public.”

Other experts in biology and infectious diseases, such as Professor Roy Anderson, found they were denied access to MAFF’s BSE data. Access was also denied to top Scientists in the USA. Keeping information “in-house” effectively silenced dissent over Government Policy. It hampered research into precautionary methods and, crucially, kept a lid on mounting evidence about the danger of humans ingesting beef or beef products. Universities and other independent organisations wanted to support the research effort but they were blocked.

MAFF controlled access to BSE material as it “owned” the thousands of severed heads of diseased cattle. With an estimated £20 billion at stake in the domestic and export meat trade, John Gummer as Minister of MAFF, endorsed this corrosive conspiracy of silence.

Worse still, as head of MAFF, he gave repeated, unfounded assurances to the British Public, while failing to stop toxic material from entering the food chain

In May 1990 John Gummer was filmed feeding a burger to his four-year-old daughter Cordelia. He told the public that: “Beef is safe…British beef is …not a public health risk and can be eaten with complete confidence.” 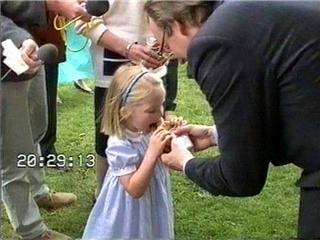 In 1990 Andy was just seven, he had joined the Beavers, was celebrating the birth of his sister Emma and was full of energy and fun, but behind closed doors at the MAFF, there were already numerous memos, reports and other documents warning of the dangers of BSE to humans, some of them dating back as far as 1985.

If I had seen those documents, as I have during my investigations, and known the facts as I do now, I could have made informed choices.

I would not have fed my son baby food or formula milk, or allowed him to eat school meals which contained some of the cheapest and most toxic material.

I would not have allowed him to be given immunisations which contained calves foetus serum, and I am convinced that my only son would still be alive today.

Throughout the BSE scandal John Gummer defended the indefensible, and I believe that cost Andy his life.
John Gummer remained in the Cabinet, becoming Secretary of State for the Environment in 1993, and is currently MP for Suffolk Coastal.

On 28th February 2008 Christine asked to meet John Gummer in a face to face interview. This reasonable request from a grieving mother of a vCJD victim, was refused after just a few days consideration. A few days later this request was repeated, this was declined again with a “NO” and without further explanation.

With just a few days to broadcast, John Gummer agreed to meet Christine in his offices in central London. Within thirty minutes an exhausted Christine was on the Waterloo train. A portion of the thirty minute emotionally charged interview can be seen during the BBC1 documentary “Who killed my son?” Click onto link on documentary page of this website. 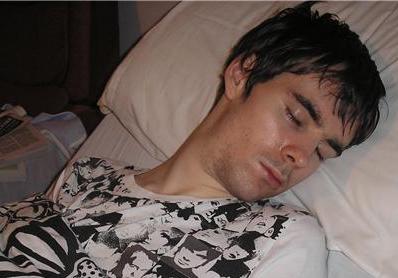