n 2010 John Gummer aged 70 decided to step down from being an MP, he was duly rewarded for his corruption throughout BSE by being made a member of the House of Lords.

His brother Peter (67) is head of PR firm Huntsworth Group who have a number of lobbying organisations under its wing, many of whom influence government policy. Peter Gummer is also a member of the House of Lords and is not only President of Conservative Prime Minister David Cameron’s constituency party but has given significant funding to Cameron and his political party.

Is this why David Cameron refuses to acknowledge, meet or address the numbers of people that have and continue to die of vCJD? 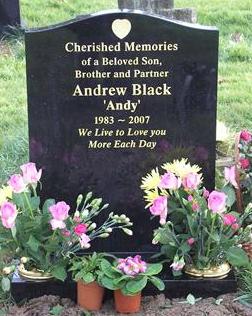 Is this why every company who has developed blood screening tests for humans and the most sensitive BSE tests for cattle are blocked and sidelined?. Is this why treatments such as pentosan which appears to prolong life of victims of CJD and could be the beginning of radical and positive treatments for the disease is withheld from patients?

The corruption lies and cover-ups that killed my Andrew continues to weave its intrigue within our government and its Machiavellian evil to permeate our democracy including freedom of speech and freedom of the media.

Meanwhile ordinary innocent citizens in the UK and across the globe are currently dying of vCJD….whilst John and Peter Gummer with the assistance of Kenneth Clarke Justice Minister ( the irony of that role makes me weep)… form what they believe is a impenetrable alliance with our current Prime Minster and his cabinet…….