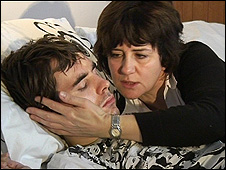 The Tyrrell Committee was set up in 1988, its significant role was to advise the UK Government regarding BSE and its consequences. The ordinary man and woman in the street would also have assumed the Tyrrell Committee was put together to protect the UK populations health, to prevent humans from contracting BSE via infected bovine material in the human food and medicine chain. This could not have been further from the truth the committee was set up to pay ‘lip service’ to an increasingly worried public but its main role was to help the UK Government hide, protect and conceal.

The published Tyrrell Report and recommendations were then used by the Government to enable BSE infected material continual use into the food and medicine chain for at least another ten years. The members of the Tyrrell Committee put their names, reputations and scientific expertise on the line and readily condoned the deaths and probable deaths of many people. This was to protect the beef, agriculture and pharmaceutical industry and its huge profits. The committee members were schooled and told where their loyalties should lie, the Tyrrell Report was never about human health it was always about political expedience and committee members upwardly mobile career paths.

The Committee was set up and run by the very people, who it was investigating and individuals who sat on this group had already withheld evidence from the public about BSE and its lethal consequences to human health.

Members included Dr William Watson who with Ray Bradley (see confidential memo below) hid and kept secret the first cases of BSE in cattle from the early 1980s.

Watson and Bradley put their careers and livelihoods before the whole of the population’s health and safety. By appointing Watson to the elevated position as a member of the Tyrell Committee the UK government knew BSE and it lethal threat to human health would remain mostly concealed and the lies continued.

Professor Will now promoted as head of the Edinburgh CJD Surveillance Centre was also a leading member of the committee. In 1966 primates were infected with cjd after inoculation with cjd brain material, it was known widely from published papers throughout the scientific community that TSEs including BSE were transmissible and infectious.

Below are the findings of Will, Pickles, Watson and other members of the committee in which they readily agree to an experiment over two decades to see how many people would die or succumb to the human form of BSE.

The members of the committee were well rewarded for their involvement with Will, Pickles and Watson all receiving promotions and financially secure lifestyles.

‘The Tyrrell Report stated:
‘Many extensive epidemiological studies around the world have contributed to the current consensus that scrapie is not casually linked to cjd.’

This statement is untrue on two matters, all research into BSE especially any that implicated humans was kept in-house. The Ministry of Agriculture (MAFF) owned all the diseased cattle and continually refused outside help from other countries. Research outside the UK was incomplete hampered by lack of BSE material and with a very unclear picture of what was really happening on UK farms. Any outside scientists allowed access were cherry picked and adhered strictly to UK government policy.

The recommendations of the Tyrrell report were managed by MAFF and UK Government, with the agreement and sanction of Will, Pickles and Watson who put their names to the recommendations and backed these lies and cover ups and experimentation with human health.

The Tyrrell Report continued:
‘It is urgent that the same reassurance can be given about the lack of effect of BSE on human health. THE BEST WAY OF DOING THIS IS TO MONITOR ALL UK CASES OF CJD OVER THE NEXT TWO DECADES.’

As a mother who has lost her only son to vCJD I find this report and its wording appalling, criminal and a total scandal. Professor Will who meets monitors and visits victims dying of vCJD, put forward this recommendation to conduct the biggest human experiment to see how many people die of vCJD. How is this the view and findings of honourable scientists? In truth Professor Bob Will who knew of my Andrew and has talked to me on many occasions, Dr Hillary Pickles and Dr William Watson condemned my Andrew and all victims of vCJD to death:

The Tyrrell Report committee members who willingly put their names to the report and allowed the publication and recommendations of their findings to be carried out by the UK Government during the 1980s should hang their heads in shame.

I remain shocked to the core that so many members of the establishment, the Department of Health and those that could have prevented the deaths of hundreds, disablement of thousands and exposure of millions, continue to profit from their lies and wrongdoing.

These men and women are morally bankrupt and yet many did and still do hold position of influence that enable them to make life and death decisions that affect the public, affect me and you and our families…..

ONE day soon justice, truth and criminal proceedings will prevail……