Dorrell’s family run business, a clothing firm called Faithful  went into prepack administration. Dorrell and his wife retrieved their pensions but no other funds paid into pension scheme. With pension deficit of almost £3 million.  Business re-named and firm merged with Wensum. Dorrell and his family remain financially very comfortable whilst creditors, shareholders and tax payer left with debts unpaid.

November 2012 Expenses investigation (selling  his London flat to ‘friends’ who owned a chain of nursing homes then renting it back at £1,400 a month and claiming this  from the tax payer)

(the 24th most influential person in the English National Health Service)

Stephen Dorrell has shady business and political practices and was at the centre of the BSE cover-up, but even today his lies have secured him fortune and influence within the British health service. Below are the documented facts of his role enabling the lethal BSE to continue to infect our families and children. Whilst my Andrew was fed lethal BSE material via his school meals, baby food or through his vaccines, Dorrell and his wife made sure his children were kept safe.

A matter of months before the link between BSE and vCJD was made public, Stephen Dorrell was assuring an increasingly – worried public that beef was safe. Yet when he stood in the House of Commons on March 20th 1996 announcing to the world that mad cow disease was “the most likely explanation at present for ten cases of CJD” he appeared to have no recollection of his previous strident statement.

Scientist and microbiologist Professor Richard Lacey (who had warned of the implications to human health from the start of BSE) responded “This is one of the most disgraceful episodes in this country’s history“ and wanted “a full and independent inquiry into the conduct of the government and the way it has used and misused scientific advisors…..the government has been deliberately risking the health of the population for a decade. The reasons it didn’t take action was that it would be expensive and damaging – politically “.
Stephen Dorrell told the BSE Inquiry that he had no idea that the ban preventing infected beef reaching the human food chain was not working. (see Meldrum)

He also stated that attempts to allay public fears over BSE were led by scientists (the same ones that were hand – picked by Government because they were not experts in transmissible spongiform encephalopathies).  (see Gummer) 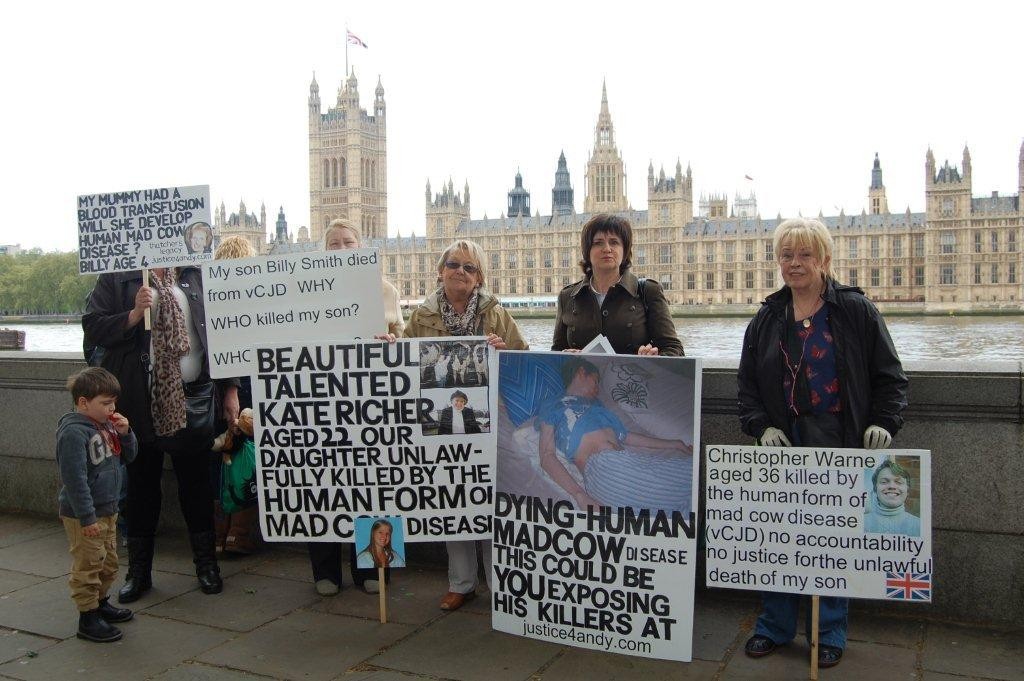 When asked at the time by a national newspaper, Mrs Dorrell said that neither herself or her young children ate beef burgers. As her husband was so blissfully – unaware and believed them to be safe, it’s surprising that the delights of reconstituted slurry from a worn – out cow was not on the menu for his offspring.  Especially as throughout BSE ‘ s most prevalent and toxic times school dinners regularly served this delight to our most vulnerable and from its most toxic source MRM (Mechanically recovered/retrieved meat).

Dr Erik Millstone is a specialist in food safety . He spent years researching BSE policy for the European Commission He said “ the level of infection in MRM was higher than in many others because a lot of MRM came from tissue close to the spinal column.” He added “if you are a parent of a vCJD victim and you can show that your child ate particular food products that contained “mechanically retrieved meat” on a regular basis then you might have a pretty good case to sue the company responsible.”

Dorrell also told the Phillips BSE Inquiry “I do not recall being told in February (1996) by Sir Kenneth Calman or anyone else that there was a real possibility that (SEAC) were about to confirm a link between BSE and recent cases of CJD”. For a politician of Dorrell’s experience and status, whose responsibility and role was to safeguard the British public’s health, it was and is woefully inadequate to expect to be excused on the basis that he was either badly advised or he didn’t know what was going on. Ministers choose which advice they accept or reject and they decide what research needs to be done. Lives could and would have been saved if BSE had been tackled quickly and efficiently, but the Government would only accept advice which said BSE was not a danger to human health.

In June 1996 Frances Hall, whose 20-year-old son Peter had recently died of vCJD, challenged Stephen Dorrell and said: “Will you take responsibility if in ten years time another parent is sitting opposite you saying that their child has just died of vCJD?” My Andy died eleven years after that Newsnight programme and I challenge Stephen Dorrell to take responsibility and be accountable for the avoidable death of my son and other victims”. 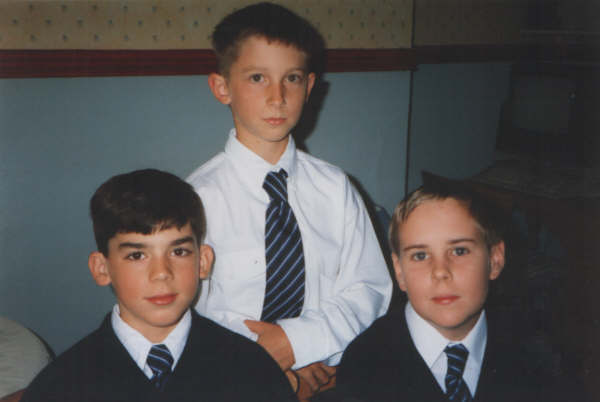 When Stephen Dorrell took office in 1995 Andy at 12 was enjoying secondary school with his friend Luke, he had a family holiday with his grandparents in the Channel Islands and was looking forward to becoming a teenager……