Throughout the BSE crisis Maclean was a high-profile establishment figurehead. As Director of the Meat and Livestock Commission he constantly gave “unqualified assurances” (Phillips Inquiry) that British beef was safe to eat. As the scandal deepened he stated categorically that: “All types of offal from all cattle were removed and destroyed”. 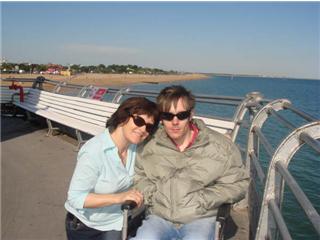 Andy and Christine July 2007 four weeks after his discharge from hospital now unable to walk, unable to keep his balance, permanently in a wheelchair, swallow intermittent, co-ordination in other limbs poor, asks his mum “am I dying?”

But when the MLC Head of Veterinary Services was questioned by the Phillips Inquiry he told them that: “The removal of materials of specified risk were not always carried out to the letter of the law”.

Despite this, Maclean’s public assurances continued. Maclean said: “A human would have to eat an impossible amount of pure cow brain at the height of the infection to reach an equivalent dose to that needed to infect a cow”.

And in 1995 the Meat and Livestock commission endorsed an advert which reassured a worried public that they had: “Avoided even the remotest perceived risk of material carrying BSE infection entering the food chain”. (See also Keith Meldrum) even though the Phillips Report had already shown that this was untrue. Maclean had access to a vast amount of information on BSE – information which the public was systematically denied – he’d admitted that abattoirs were not strictly observing safeguards which were meant to protect the public, but the exaggerated reassurances continued….. that British beef was one hundred per cent safe.

The European Commission was not so sure. It had serious concerns about the risk of infected material contaminating meat destined for human consumption, and it threatened the UK with action if it didn’t tighten-up procedures. As late as 1997 the EC issued a notice of intent to commence infringement proceedings against the UK for failing to maintain full-time vet supervision in all its abattoirs (Abattoir Provisions in South East of England October 2000). 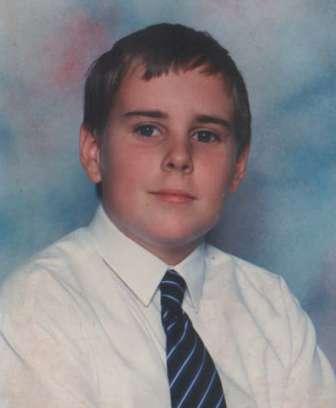 In 1995 Andrew was 12. He was always laughing, he loved travelling to Spain with me and his sister, he was enjoying Secondary school and had decided he wanted a career in the media.