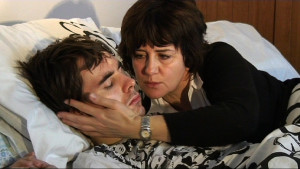 The human form of mad cow disease, known as Human BSE or vCJD has not gone away, it continues to kill people in the UK and globally and individuals and cattle across the world.

In October 18th 2018, BSE diagnosed in beef herd in Huntly, Aberdeenshire, Scotland. No cow/steer is ever diagnoised with mad cow disease in isolation. Cows/steers often show no symptoms of BSE and are sent to slaughter. What about the siblings, parents and off-spring of this 5 year old beef steer that died of BSE? The farmer in Aberdeenshire only knew the cow was ill when it dropped down dead and the farmer had no option but to get a vet in and report the sudden death.  How many in the herd were also carrying/incubating the disease that went to slaughter and their meat is now on supermarket shelves and feeding families? The UK no longer tests for BSE , its down to farmers to report the disease. How many cattle are entering the human food chain infected with mad cow disease?

What is the difference between ‘out of the blue’ ‘one off?’ sporadic BSE  and  Classic BSE mad cow disease?  The answer is Millions of lost revenue for the food, beef, agriculture, drugs industries, if BSE is diagnosed it means a big dent in the beef and food industry profits. Before BSE was officially recongised there was no such thing as ‘SPORADIC’ BSE.

Human and animal health come a poor second and third when ‘big bucks’ for shareholders government policies are concerned. The cover-up continues.

In May 2017 a 15 year old cow was diagnosed with BSE in Spain with another 50 ‘at risk’ of developing the deadly disease.

In 2016 several cows with BSE were officially recognised in Ireland and also the USA. Many more animals are entering the human food chain infected with BSE as cattle are either not being tested for BSE or are not showing symptoms.

THIS LETHAL BOVINE MATERIAL IF EATEN OR INGESTED CAUSES THE HUMAN FORM OF MAD COW DISEASE IN PEOPLE.

VCJD (Variant Creutzfeldt Jacob disease) is commonly known as the human form of mad cow’s disease, it predominately kills young people in their late teens early twenties. The youngest victims have been just 12 years old and the oldest official victims in their late sixties.

The human form of mad cow disease, known as Human BSE or vCJD has not gone away, it continues to kill people in the UK and globally and individuals and cattle across the world.

Bovine material from infected cattle was in everything from Farley’s Rusks to vegetable soup, calpol, baby food, HRT, contact lens fluid; strict vegetarians and Hindus have died of vCJD.  Human BSE had affected people from across the globe from every culture and ethnic group. In the UK and globally cattle continue to die of BSE but, its often put down as some obscure disease or the animal is sent to slaughter before too obvious symptoms are visible. Many governments including the UK no longer test for BSE in cattle going to slaughter for human consumption.

BSE in cattle is never an isolated disease with the deadly brain infection being PASSED  on-wards to calves and siblings.

See Youtube footage below  of cow in Belgium dying of BSE in 2015, how many other cattle from the same herd went to slaughter and became meals for families and children across Belgium or Europe? It will take at least a decade for people who have eaten those infected meals to start showing symptoms of human BSE,

By then the Belgium officials stating ‘ its ok’ will have moved post and the trail back to the farm will have been eradicated by officialdom and secrecy. PROFIT ALWAYS COMES BEFORE HUMAN HEALTH.

This footage on Youtube  of a cow staggering and dying of BSE in Belgium,highlights the ticking health-time bomb that is mad cow disease. It has not gone away and is endemic in cattle. Then footage is also a terrible reminder how animals suffer when then develop BSE and how humans suffer extraordinary pain and suffering when they develop the human form of BSE. Both diseases were man made and totally avoidable.

THE NEXT VICTIMS OF  HUMAN BSE COULD BE ANY ONES SON OR DAUGHTER OR EVEN YOU!

In the future more sons, daughters, husbands, wives, children, mothers, fathers, friends, neighbours and colleagues of us all will succumb to the human form of mad cow disease. Join me in my fight for justice  for the millions of us  exposed to mad cow disease and to make sure in the future the food our families and children eat and ingest, the vaccines, medication they consume and the medical instruments they may have used on them are free and not contaminated with BSE. 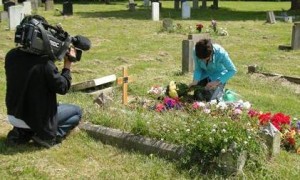